This year’s awards season started off with so much promise and a wealth of contenders. You had inspired choices like Kristen Stewart in Clouds of Sils Maria cleaning up with the critics, Idris Elba on the cusp of his first Oscar nomination for Beasts of No Nation and Michael B. Jordan having a true breakout moment in Creed. You had films like Chi-Raq, The End of the Tour, Tangerine and Love & Mercy all of which were brilliant, but ultimately passed over in favor of mindless Oscar bait. In the end, the Academy’s narrow scope once again limited the possibilities of what was possible to a mindless lineup that required no imagination. In doing so, they saw the revival of #OscarsSoWhite for the second consecutive year.

But what if the Academy thought outside their narrow bubble? What if they used their imaginations and rewarded actually great performances, instead of the ones with the biggest campaigns behind them? I imagine we would see Mya Taylor’s brilliantly rendered Alex from Tangerine, instead of Jennifer Jason-Leigh’s half-baked “feminist” take on a battered woman in The Hateful Eight. Or maybe Benicio Del Toro’s menacing Alejandro from Sicario over Christian Bale’s hammy, phoned in performance in The Big Short.

2015 gave us so many amazing films with fully realized performances, that still live on despite the Academy’s ignorance.

Here’s my acting ballot. Who really deserved a nomination this year.

Just missed the cut: Kristen Stewart delivered the most confidently assured and effortless performance of her career, one that will leave you looking at her in a whole new light. It was a pleasure watching Kate Winslet make her comeback with Steve Jobs, adding a whole new layer of emotion to Aaron Sorkin’s masterful screenplay; She is the film’s heart.  Julie Walters was one of the best parts of the amazing Brooklyn, serving as the film’s comedic relief. Miranda Hart was one of Spy’s biggest surprises, making the film’s lovable goof character hilariously real (bonus points for stealing entire scenes from much bigger stars) 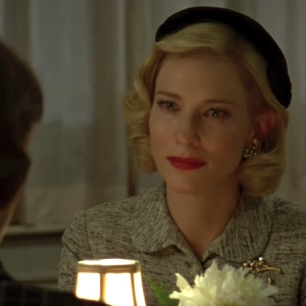 Just missed the cut:  Teyonah Parris is instantly iconic in Spike Lee’s Chi-Raq, the perfect muse to lead such a starry, capable ensemble. Emily Blunt proves once again in Sicario that she is more than capable of having a film built around her. Melissa McCarthy not only carries the hysterical Spy, but she makes for a credible action heroine to boot. Both Elisabeth Moss and Katherine Waterston play two very intense sides of the same coin in the marvelous Queen of Earth. Rooney Mara is the more silent side of the beautiful Carol, working perfectly in tandem with co-star Cate Blanchett. 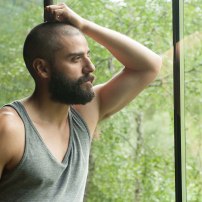 Just missed the cut: Michael Shannon makes for a hell of a charismatic villain in 99 Homes, while Mark Rylance has moments of brilliance in the stuffy Bridge of Spies. Sam Elliot was perhaps this year’s most ubiquitous supporting male giving great turns in both Grandma and I’ll See You In My Dreams. Sylvester Stallone is great once again stepping into the shoes of Rocky Balboa, and has some of the most heartwarming moments in the film. Bradley Cooper salvages some greatness out of the otherwise messy JOY.

Just missed the cut:  Michael Fassbender paints a stunning portrait of the late Steve Jobs, relying less on mimicry and more on his skill as an actor, while Abraham Attah carries Beasts of No Nation with a charisma beyond his years (I went back and forth about him and Jacob Tremblay in this category. If only I could’ve included them both. What a year for child actors).