I finally caught up with Batman Vs. Superman late last night, days after its premiere and a tidal wave of bad press and reviews. Even some of the biggest die hard comic book fans have lambasted the film. It’s hard to keep an open, unbiased mind when there’s been such a strong reaction to something like this, but I gave it my best shot.

The nicest thing I can say about Batman Vs. Superman is that it’s a movie.

That’s really putting it lightly. Unfocused, excessively long and altogether unnecessary, Batman Vs. Superman is an embarrassing addition into the superhero film franchise. It’s not even close to as good as its predecessor, Man Of Steel, which is similarly unfocused and unsuccessful. It almost feels as if Director Zack Snyder read half of a Batman and/or a Superman comic book and hopped on board to direct.

The “story” picks up right where Man Of Steel left off: Metropolis is recovering from the epic, and catastrophic, showdown between Superman (Henry Cavill) and General Zod (Michael Shannon). The opening shows us the events from Bruce Wayne’s (Ben Affleck) perspective, who grows to resent Superman because of the deaths and damage that result from his fight with Zod. 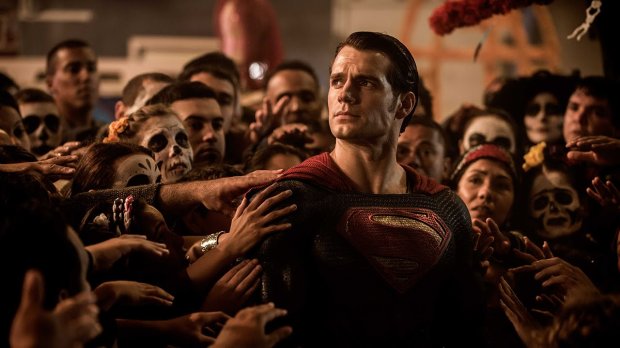 Flash forward over a year later to Lois Lane (Amy Adams) being held captive by a terrorist in the Middle East, who is of course then saved by Superman. This stint prompts outrage, mainly from Junior Senator June Fitch who isn’t as in loved with the caped crusader as a lot of other people are. She feels he needs to be held accountable for the damage he’s caused. Meanwhile, mogul Lex Luthor (Jesse Eisenberg) is trying his damnedest to import kryptonite and gain access to Zod’s destroyed spaceship.

There’s actually so much more going on, that I could write a whole piece just describing the plot. Sadly, most of what takes place is actually irrelevant and doesn’t have any bearing or connection to the ending of the film. Despite trying her hardest, Adams’ Lois Lane is not remotely important to the story, despite the script’s insistence at shoehorning her into the main events. Her arc (if you could even call it that) revolves around evidence suggesting that the government has been supplying radicals with weapons, produced by Lex Luthor. Lois’ realization concerning the connection is neither significant nor dealt with by the end of the film. It’s just there to justify her inclusion in the film, which is incredibly sad given the talent and versatility Adams possesses as an actress.

Similarly, we’re subjected to a number of Bruce Wayne’s dream sequences, which supposedly foreshadow things that will happen later on (spoiler alert: they don’t). They wouldn’t feel so grating if they weren’t so long; the final one lasts a little over 10 minutes, and amounts to nothing but Bruce just realizing that he fell asleep on accident. Affleck really does give it his all, and he mostly succeeds, but the script and film around him prevent him from really making an impact. The pivotal fight between the two superheroes that Affleck’s performances builds to over the course of the film is completely undercut to make room for yet another fight scene. It really shouldn’t have been called Batman Vs. Superman. 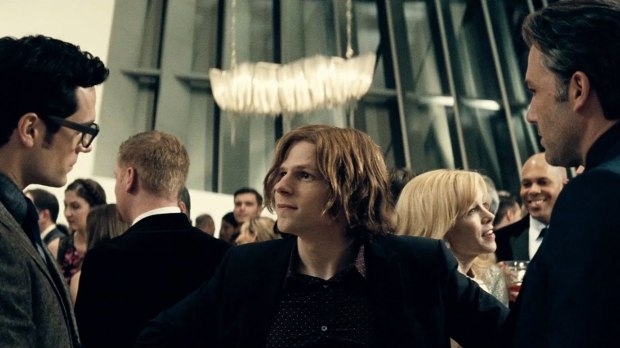 And don’t even get me started on Jesse Eisenberg’s  performance. Eisenberg is an extremely talented actor (see: The Social Network and The End of the Tour) but a Lex Luthor he is not. In fact, he comes off as a sad imitation to Heath Ledger’s Joker or Jim Carrey’s The Ridler, but with an ineffective twist. He forcibly inserts twitches and mannerisms that Lex Luthor simply doesn’t have. The film may not have been as bad with a different actor cast in the role, given the substantial part he plays in the plot. He hangs over the proceedings like a dark rain cloud, causing discomfort every single time he appears.

There are some scenes that really do work though, like the big fight with Superman, Batman and Wonder Woman at the end. But because of all of the drivel and filler that precedes it, even that feels underwhelming because you’re literally wondering to yourself “HOW MUCH LONGER IS THIS THING?!?!?!?” The film’s saving grace is easily Gal Gadot’s Wonder Woman, who with significantly less screen time and dialogue than any of the more famous co-stars steals the film away from them. Though most of the allure comes from the fact we don’t have a Wonder Woman film to tell us her story, Gadot really does have a glow that makes you watch her every time she’s on screen; the film needed more of her. For those of you who still have not seen the film, she’s not worth the price of admission (given how frustratingly underused she is) but she makes it worth checking out sometime in the near future.

Overall, Batman Vs. Superman is a stepping stone that will ultimately lead to the inevitable Justice League film, which is teased briefly towards the end. My hopes are, surprisingly, still high on that film. Although, I’m praying someone besides Zack Snyder directs it. 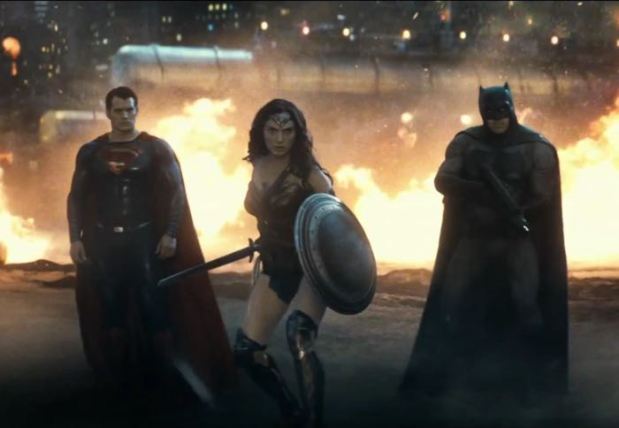 One thought on ““Batman Vs. Superman” Is Just As Bad As You’ve Heard”