There’s a scene in Jackie which sees the titular First Lady (played by Natalie Portman) preparing to walk out of the private jet carrying her, husband John and their entourage in Dallas, Texas. She’s rehearsing her speech while applying her makeup. Wearing the now iconic pink Chanel suit, she adds the finishing touch: the matching pillbox hat. She stares ahead never meeting his gaze, with a blank expression on her face.

“Of course,” she says with the slightest grin.

As she steps out and begins walking down the steps the press and those looking onward go wild. She smiles and instantly becoming a different person. She is adorned with roses and handshakes as she makes her way to the Presidential motorcade. But as soon as the people take their eyes off of her, the gleaming and smiling Jackie disappears. She has gone from resembling the brightness of the sun to a defenseless child; we see the scared woman behind the facade. The music goes from soft to unnerving; it’s beautiful, grand and nauseatingly intense all at once. We know what happens after  Jackie and John sit down in that car, but that’s not what director Pablo Larraín wants us to focus on. He’s much more concerned with the many masks of Jacqueline Kennedy.

Nothing about Jackie is conventional. For one thing, the operatic score by Under the Skin‘s Mica Levi, gives the film an unnerving, almost alien feeling. And while the tense and often jarring strings that recall Hitchcock’s Psycho seem transported from a different world entirely, it’s a perfect match for Larraín’s hypnotic and intimate direction. The audience is planted smack dab in the middle of Jackie’s state of mind following the assassination of her husband. It isn’t always pretty,  but it’s absolutely fascinating and unforgettable.

Biopics often glamorize their subjects, or attempt to retell and recreate events; oftentimes, so much work goes into recreating these historical and/or iconic moments that the film gets lost, and what’s left is a hollow structure. Larraín isn’t as much concerned with taking us back in time as he is with diving deep into the First Lady’s mind, and he doesn’t always present her as the warm woman many knew her to be, nor does he assert himself to be a historian. The original screenplay, by  Noah Oppenheim, is devoted to exploring the devastated mindset of the former First Lady rather than delivering an easy to pin down, “cookie cutter” image.

Taking place over a period of 10 days after JFK’s assassination, the film is framed through an interview for LIFE magazine between Jackie and reporter Theodore H. White (Billy Crudup), and I use the word interview lightly. She immediately sets the rules for what will actually be written, no matter what she says, or does, over the course of the interview including smoking cigarettes.

“Because I don’t smoke,” she says as she takes a long drag. He laughs, but she isn’t joking.

Over the course of the film, we see the many faces of Jacqueline as she recounts events to White; we see the infamous tour of the White House (painstakingly recreated), to the aftermath of the assassination, her battles over funeral preceding and maintaining the Kennedy legacy with John’s brother Bobby (a fantastic Peter Sarsgaard), private breakdowns with close friend Nancy (Greta Gerwig, pitch perfect as always) and confiding after all is said and done to a priest (John Hurt). Each snapshot in time gives us a new, nuanced look into Jackie’s mind. Whether she’s roaming through the White House drinking and smoking every thing in sight, grappling with how she’s going to hold it all together or firing off demands, it’s always entertaining to watch.

It’s no surprise that Portman absolutely knocks it out of the park. As a longtime fan of hers, I’ll admit that I had no idea she had this in her. Bearing close to zero physical similarities to the much taller Jackie O, all of the differences melt away once she begins talking. How she managed to nail down the husky, breathy voice is beyond me, but she manages to change it depending on which ‘face’ Jackie is wearing, whether it be her public or private one. And while she does show us the horrifying effects of living through something so traumatic, she never once plays down Jackie’s formidability. It’s a performance that could have easily tipped over into camp but never reads as anything but exceptionally nuanced. It more than exceeds her Oscar winning turn in Black Swan, and even her performance in Closer (which I had long-maintained to be her strongest work to date); this is something different altogether, and deserves all of the praise it’s won since the film premiered at Venice. Portman’s performance is the film, even more so than in Black Swan. There’s no way the movie would have worked without her; I can’t imagine another actress pulling off what she manages to do here. Had she not won an Oscar a few years ago, she’d be the favorite to win this time no questions asked.

Larraín’s direction is masterful, and completely experimental; this is a film that looks to redefine not just the genre of biopics, but filmmaking in general. Jackie is the director’s seventh film but his first from the point of view of a female, and his first in the english language. The screenplay by Noah Oppenheim is sharp and enthralling, with some (bruising) laughs to boot, with some extremely handsome production and costume design. Larraín’s focus might have been on the psychological state of his protagonist, but the historical backdrop is fully fleshed out with an intricate and clear attention to detail. And I haven’t even mentioned the cinematography by Stéphane Fontaine, who manages to make every single frame of the movie an unforgettable experience. 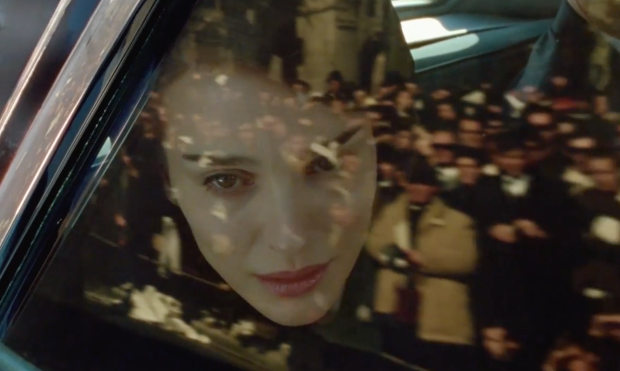 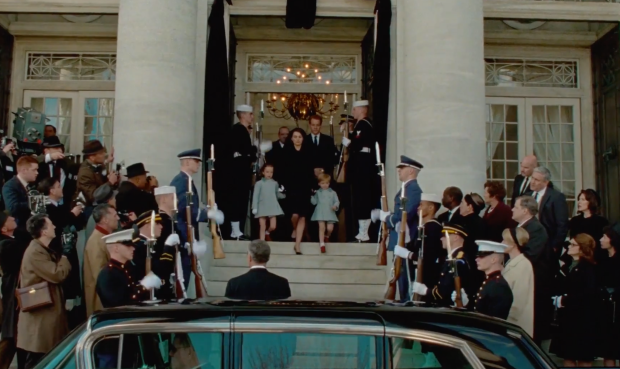 Jackie is a truly transcendent work of art. When this film was first announced, I had no idea it, or any rendering of a historical figure, could be this good. It’s a reminder of the power of storytelling, filmmaking, and exceptional acting. This is not a true biopic, nor is it a re-telling of one of the most shocking events in our nation’s history. This is a glimpse into the complicated world of a woman dealing with the death, and ultimately, the legacy of her husband. It’s about a woman grappling with the realization that she must pick up the pieces, if not for herself then for her two children of her country. That woman just happens to be Jackie Kennedy.

Oscar Chances: Portman is a lock for Best Actress, the only question that remains is if she can win again? I think that depends on if these rumors about Viola Davis dropping to supporting are squashed soon (unless they’re true). Best Picture seems likely, though I think Larraín makes it in for Director as well. The film deserves below the line notices as well: Screenplay, Production Design, Score, Cinematography, etc. Despite being an unconventional film, Jackie hits all the right notes for Oscar voters; I think they’ll be entranced rather than unnerved.