Tomorrow morning the Academy Awards will announce their slate of nominations. After hearing from the Golden Globes and reading the nominations from groups like the Producer’s Guild, Director’s Guild and Screen Actor’s Guild, it’s pretty apparent which films have the most heat behind them.

Films like Arrival, La La Land, Moonlight and Manchester By The Sea have been consistent in appearing at every single group’s long list, while others like Hacksaw Ridge, Fences and Lion have missed with some but hit with others. Hidden Figures is tearing it up at the box office right now and nabbed crucial nominations from the Producer’s Guild, Writer’s Guild and SAG; it hit its stride at the right moment, which could pay off tomorrow morning when the nominations are announced.

And then there are complete question marks: Nocturnal Animals has been over performing with groups like BAFTA, the Writer’s Guild and Golden Globes but does it suggest there’s passion within the Academy? Captain Fantastic nabbed a crucial Best Ensemble nomination from SAG over La La Land including a nomination for Viggo Mortensen. Can it go all the way and nab a Best Picture slot? Jackie was pegged as a huge contender in the major categories after a rapturous reception in Venice and its acquisition by Fox Searchlight, but has devolved into a vehicle for Natalie Portman’s Best Actress nomination, and depending on who you ask some are expecting her to blank tomorrow morning. 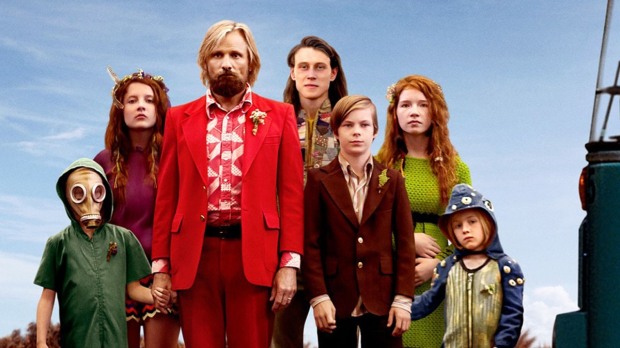 But I think the thing everyone can agree on is that tomorrow will be a big day for La La Land. The sweep at the Globes probably won’t translate into the same scenario at the Academy (I expect Moonlight and Manchester to put up more of a fight), but it does indicate that it’s the consensus title we’ve always suspected it to be. 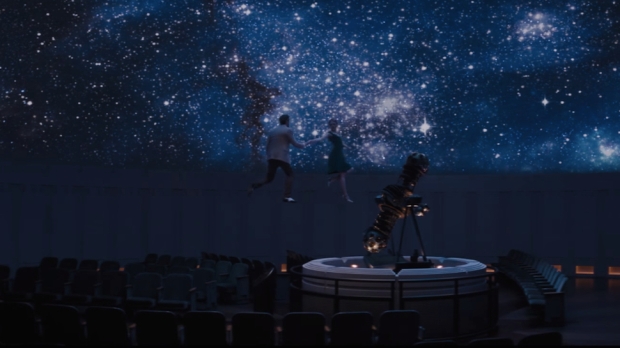 The nine films I’ve predicted to make it in the Oscar’s final shortlist all made it into the Producer’s Guild list, plus Deadpool. There hasn’t been 10 films nominated for Best Picture since they changed their voting procedures a few years ago. It all depends on which films warrant the most passion from voters.

I’m predicting nine, a pretty safe number, there are two films waiting in the wings that I would not be surprised to see over films like Fences or even season mainstay Hacksaw Ridge. Nocturnal Animals has been over performing all season long, and could receive a boatload of nominations in some of the major and lower categories. As for Deadpool, it made it into the PGA list and scored a nomination from the WGA. It was also one of the most financially successful films of last year, so voters might feel compelled to include a populist choice in a crop of films that aren’t all huge box office successes. Its genre trappings might hinder its chances, but it doesn’t hurt that leading man and producer Ryan Reynolds has been really stomping the circuit all season long. 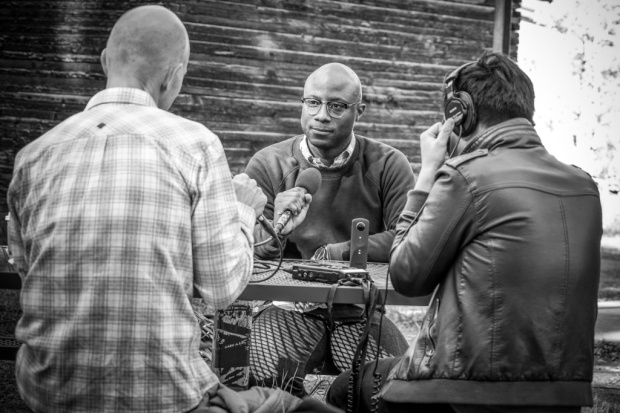 Your big three (Chazelle, Jenkins and Lonergan) are iron clad. After that things get tricky. Arrival‘s consistent performance this season + Villenueve’s track record and ascent in Hollywood should be enough to score him a nomination. And while the Academy’s Director’s Branch rarely matches the DGA 5/5, but I think a swelling passion for Lion and their affinity for recognizing newbies in recent years (like last year’s Lenny Abrahamson) gets him in.

However, a case could be made for David Mackenzie’s Hell or High Water and even Nocturnal Animals‘ Tom Ford. The latter is much more disadvantaged than the former in my opinion, but Ford was able to slide in with BAFTA, so don’t be surprised if he slides in over Davis. 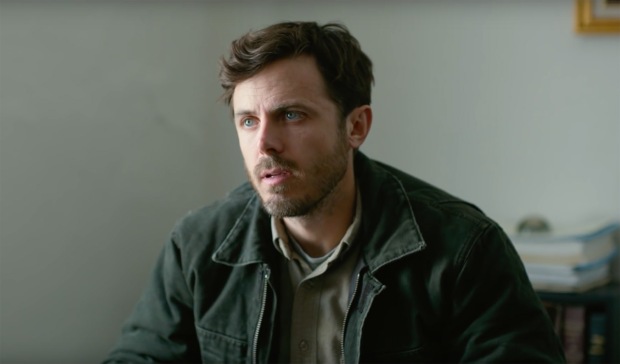 This list matches 5/5 with SAG and the Globes, and I think it’s safe to say this will be our Oscars shortlist. The race is still Affleck vs. Washington, with Affleck having the edge here. If there’s any vulnerabilities, I think Garfield and Mortensen stand the best chance at being passed over. If that happens, look out for the BAFTA nominated Jake Gyllenhaal or the ever present, Globe nominated Ryan Reynolds. 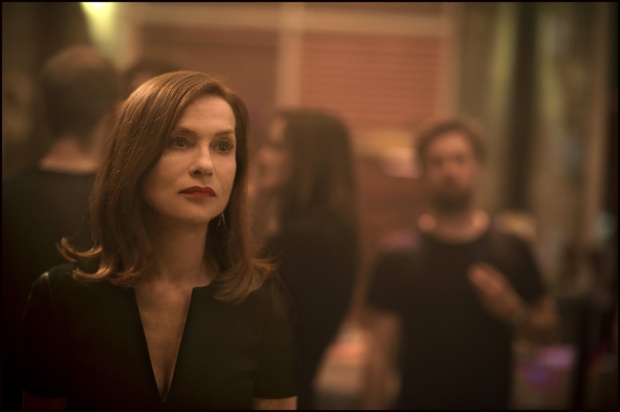 Probably the most competitive category, there are four women battling it out for the last two spots. Amy Adams, Natalie Portman and Emma Stone have been mainstays all season with Stone primed to win the Oscar this year; all three were recognized at the Globes, SAG and BAFTA. After that, things are murky. Isabelle Huppert has won the most awards in this category this season, and surprised at the Globes. Despite missing at SAG I think that will be enough to get her in, plus Sony Pictures Classics did a great job at getting the lower-profile Charlotte Rampling in last year and Emmanuelle Riva a few years ago. Meryl Streep had a big night at the Globes as well. She didn’t win an acting award, but her big speech that night while accepting the Cecil B. Demille award stole the night, paired with her SAG and BAFTA nominations plus her status and the performance itself is enough to get her in.

After that, you have Annette Bening and Ruth Negga (Globe nominated), Emily Blunt (SAG + BAFTA nominated) and Taraji P. Henson who is a previous nominee and at the center of Hidden Figures, all three of which could benefit from the madness that is this category. I think Blunt’s presence this year is equivalent to Sarah Silverman last year and Jennifer Aniston the year before, meaning an Oscar nomination is not likely. Negga stands a better shot, but the box office performance of Hidden Figures and Henson’s ubiquity has me wondering if she can steal enough votes to slide in. But if there’s any spoiler, it will probably be Bening. Not only is she a beloved actress delivering career best work, but she sits on the Academy’s Board of Governors. She did miss out at SAG, but it’s possible she gets Emily Blunt’s spot, which means no Huppert. 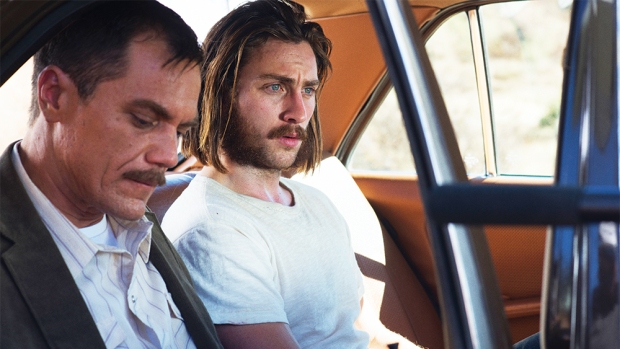 Aaron Taylor-Johnson might be Nocturnal Animals‘ best bet at Oscar recognition; his surprise win over frontrunner Mahershala Ali at the Globes and a BAFTA nomination are good for his odds. Lucas Hedges got the SAG nomination though (two if you count his inclusion in the Best Ensemble category), so if we’re all overestimating Nocturnal Animals‘ strength, expect Hedges to sneak in.

But if they go a different route, Jeff Bridges’ co-star Ben Foster could get in. It’s true he’s blanked on precursor support, but there are those that really love the performance. Is it enough? 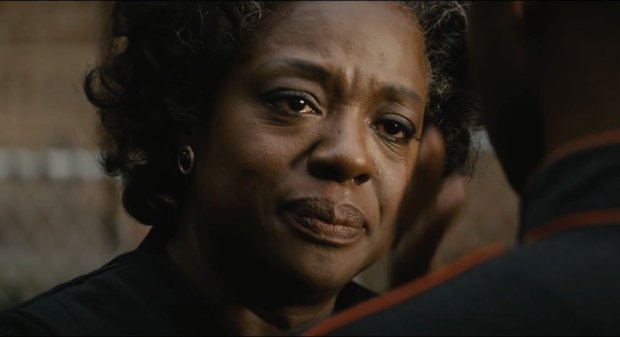 This is a pretty iron clad category, and there’s no denying that Viola Davis will win her very first Academy Award for Fences. This category has matched 5/5 at the Globes and SAG (BAFTA excluded Octavia Spencer but I don’t think that amounts to very much). If there’s any chance for an upset, Janelle Monáe could sneak in thanks to her banner year with both Hidden Figures and Moonlight. And while I don’t think Greta Gerwig has a chance in hell, weirder things have happened I suppose. 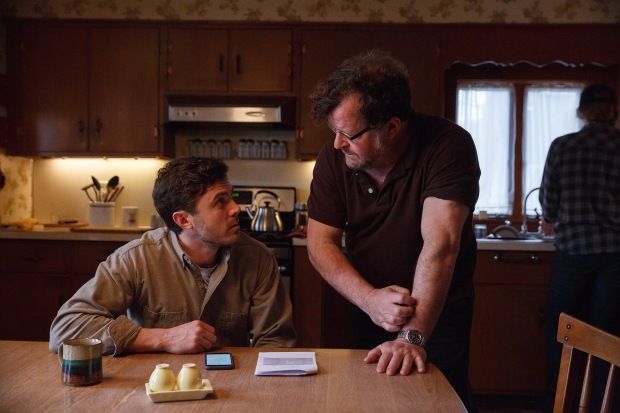 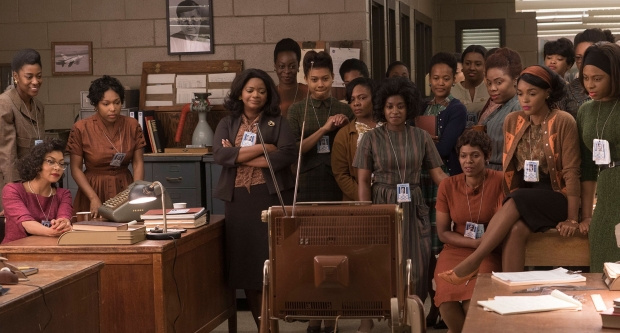