Just a few hours ago, The Academy has officially made the first step in what will hopefully lead to a more diverse membership/slate of nominees.

According to the statement, inactive members of the Academy will begin to be flushed out in favor of adding new members.

“Beginning later this year, each new member’s voting status will last 10 years, and will be renewed if that new member has been active in motion pictures during this decade,” reads the statement. “In addition, members will receive lifetime voting rights after three ten-year terms; or if they have won or been nominated for an Academy Award.”

The statement goes on to say that in addition to weaning out inactive members, the Academy will ambitiously search for more diverse members.

While I believe this is far from what needs to be done to ultimately fix the problem, it’s a step in the right direction. The average age for an Academy member is 62 years old. 94% of those voters are Caucasian, and 77% of them are men.

Even in just recent years, it’s clear that many of these voters are out of touch with the film industry. Just looking at the year of 12 Years A Slave, many admitted not watching any, or all, of the movies and simply voting based on buzz, including 12 Years A Slave which some deemed “too much.”

This year’s Best Picture nominees obviously reflect a voter ship that’s out of touch. Sure, you have some very great picks, such as Mad Max: Fury Road and even the charming Brooklyn. But the fact that films as accessible as Straight Outta Compton, Creed and Netflix’s Beasts of No Nation (seriously who doesn’t have a Netflix account?!) weren’t recognized in larger ways, reflects that these voters aren’t doing their jobs to the best of their ability. Starting with changing the members is a step in the right direction.

Though, it’s important to remember that The Academy is truly only a symptom of the disease. There needs to be a call within the industry to diversify the projects being made. And while actors such as George Clooney and Reese Witherspoon have voiced their concern on The Academy becoming more diverse, where are their contributions to making a more diverse industry? It’s absolutely great they’re starting a conversation, but how about using your privilege to create this change you’re so eager on talking about?

Witherspoon, in particular, owns her own production company. If these actors are going to hold The Academy to task, they need to walk the walk and not just talk the talk. Start projects for minorities and get those stories out there! And not just in front of the screen. Employ all kinds of voices in screenwriting, directing, cinematography, production design, whatever! But don’t be critical and not follow your own advice.

On the other side of the argument, Charlotte Rampling and Michael Caine have come out against any case of diversification.

Rampling told The Guardian this morning, that diversification “is racist to whites… One can never really know, but perhaps the black actors did not deserve to make the final list.” If Rampling had any idea about any of the non-white contenders, she’d know that Idris Elba’s performance alone blows away 3/4 of the actual acting nominees. 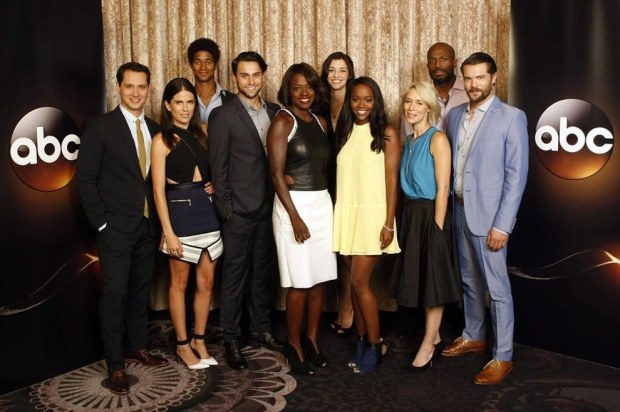 As for Caine, his advice to minorities was to “be patient.” In the 88 years of The Academy, only a handful of minorities have won Oscars, and only a few more have been nominated. In the year 2016, I think it’s highly inappropriate for a person coming from a place of privilege to even suggest that those being under represented should just wait. Everyone, no matter your race, creed or orientation, deserves to feel represented and validated in our media crazy society. Television has at least gotten the ball rolling, with shows like Mr. Robot, Scandal, and Fresh Off The Boat just to name a few.

Film is incredibly behind, and more steps are coming I feel. I hope that after this year, this is the last we have to have this conversation.