After a wild ride of an awards season that started out with so much hope and promise, only to end with major disappointment, Oscar night is just about here. Yes, Leonardo DiCaprio is assured his elusive first trophy, and unfortunately it’s come down to The Revenant and Mad Max with some heat from Spotlight.

Yes, the races have solidified pretty quickly; there’s a general consensus of who’s winning. But that doesn’t mean were in for a total snooze fest, right? (I can hold out some hope).

So, let’s get on with putting a cap on this season already by looking at the major races. Who will, could and should win? And who got snubbed?

Who Will Win: The Big Short

Who Could Win: Spotlight

Who Should’ve Been Nominated: Carol

The Big Short won the PGA, but The Revenant has been picking up steam recently with a win at the DGA and of course, enthusiasm for Leo’s performance. It also is the most nominated movie of the year with 12; clearly the Academy loves it. However, if there’s going to be a spoiler, I think it has to be Spotlight which won the SAG ensemble award. The actors are the biggest group of voters in the Academy, and that’s not to be underestimated.

How the most critically acclaimed film of the year got shut out of this lineup is beyond me. Carol not only deserved to be nominated, but it deserved to win had it been included.

Who Will Win: Alejandro G. Iñárritu

Who Could Win: George Miller

Who Should Win: George Miller

Who Should’ve Been Nominated: Ryan Coogler

Last year’s winner, Mr. Iñárritu, seems destined to repeat again this year. Especially since The Revenant isn’t exactly a lock for Best Picture, I’m sure they’ll want to give it an award outside of Best Actor, plus Iñárritu won the DGA. That being said, no director has won back to back Best Director awards before, and I’m not sure they’re ready to set that precedent. Especially since Mad Max: Fury Road also nabbed 10 nominations, and has such an incredible story behind its production.

Though my knee-jerk reaction was to name Todd Haynes (who was definitely snubbed here), I want to give a shout out to Creed director Ryan Coogler. Only his sophomore feature, he directed not only one of the best films of the year, but one of the highest grossing films of the year. The story of idolizing the Rocky films as a child and growing up to direct a reboot film is too much to resist, personally. He deserved a slot over Iñárritu and McKay for sure.

Best Actor in A Leading Role:

Who Will Win: Leonardo DiCaprio

Who Should Win: Michael Fassbender

Who Should’ve Been Nominated: Michael B. Jordan, Creed

Definitely one of the weakest categories this year, everyone but Michael Fassbender is uniformly awful in their respective films. That being said, we all know Leonardo DiCaprio has this all wrapped up.

I could replace this entire list with worthier nominees, but Michael B. Jordan is the obvious miss. How did such a sure thing go awry? Some people want to say it’s bad campaigning, but clearly the Academy was familiar with Creed since they nominated Sylvestor Stallone. It’s an embarrassment on their part, as Jordan is one of the best up and coming actors working today, and has proved himself several times now.

Best Actress in A Leading Role:

Who Will Win: Brie Larson

Who Should Win: Saoirse Ronan

Who Should’ve Been Nominated: Lily Tomlin

This was 1 nomination away from being the best Best Actress lineup since 2010’s, but of course The Academy couldn’t get over their obsession with JLaw for a second. Save for Lawrence, each of this women bring their absolute best to their respective films, and all would make deserving winners. That being said, this has been Brie Larson’s award since she won her Golden Globe. And what a shame that is, because while I am not exactly against Larson winning, Saoirse Ronan carries Brooklyn with a presence that does escape each of her competitors (except for Rampling). It’s the perfect performance and a masterclass in effortless acting.

If the The Academy wanted to go with a ‘lighter’ performance, they should have swapped Lawrence out for Lily Tomlin in Grandma. The screen legend masterfully blends comedy and melodrama and produces what is most definitely her best performance in years. 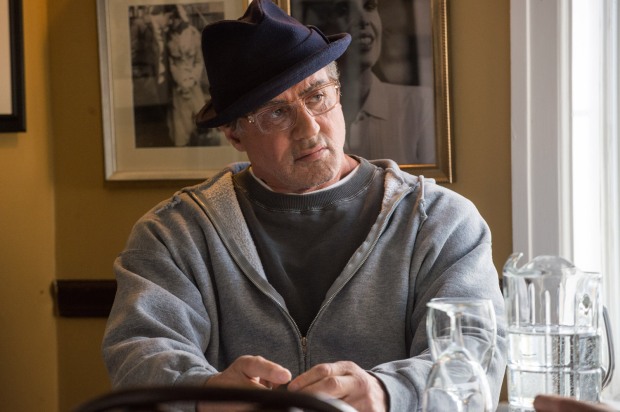 Best Actor in A Supporting Role:

Who Will Win: Sylvester Stallone, Creed

Who Could Win: Mark Rylance, Bridge of Spies

Who Should Win: Sylvester Stallone, Creed

Who Should’ve Been Nominated: Idris Elba, Beasts of No Nation

Stallone has got to be the favorite to win this after that insane standing ovation he got at the Golden Globes. Reassuming his iconic role years after the fact might be too much for voters to pass up, plus he’s been campaigning pretty heavily. That being said, he didn’t get a SAG or BAFTA nomination. Mark Rylance, who won a lot of the critics’ awards and the BAFTA, might be a dark horse we don’t see coming. But despite this category’s weakness, Stallone should win for his sensitive and subtle work in Creed.

The biggest oversight has got to be Idris Elba, who actually won the SAG award. He blows all of these nominees out of the water, and his omission remains a glaring oversight. What a weak year it was for the actors; both lead and supporting actor are dreadfully embarrassing compared to the actresses. 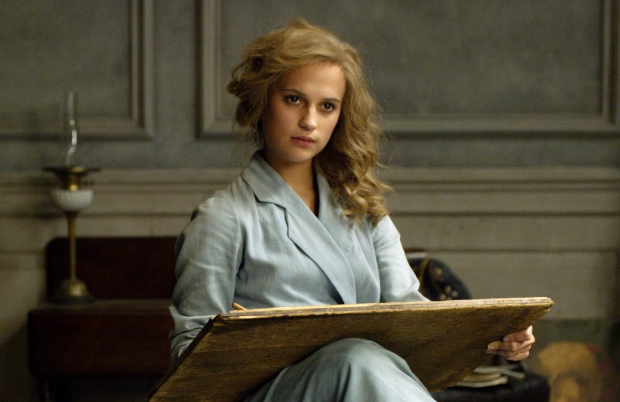 Best Actress in A Supporting Role:

Who Will Win: Alicia Vikander, The Danish Girl

The only real race left in awards season is here; Vikander or Winslet? Though Winslet has more awards, Vikander has the SAG and several other films with very credible performances supporting her cause. She really should be nominated her for Ex Machina, but this baity, truly leading, role should ultimately win her an Oscar.

Mya Taylor, who received virtually zero attention compared to these other ladies, not only deserved to be nominated, but win. A debut performance, her work in Tangerine is incredible and actually fills the criteria for a supporting performance. Without ever stealing the film away from her co-star, she made you want the film to be about her character. She also would have been the first ever trans actress nominated for an Oscar, and what a shame The Academy instead went with a cis-actor playing a trans woman. In the year 2016, this does not feel progressive, but rather rooted in the past.

Who Will Win: Spotlight

Who Could Win: Straight Outta Compton

Who Should Win: Ex Machina

I feel like this is the only sure thing for team Spotlight, and its win at the WGA certainly makes that feel solid. I can’t help but wonder if The Academy wants to reward the underrepresented Straight Outta Compton, however, which would do nothing to lessen the diversity issue but still feels like a thing that they would do in order to shake things up.

Who Will Win: The Big Short

Who Could Win: Room

Who Should Win: Carol

I think the WGA’s choice of The Big Short makes it clear who’s got this race tied up, but there’s a case to be made for Room I feel. The surprise Picture and Directing nominations suggests passion, and the author of the novel that the film is based on adapting the screenplay could be an angle for voters.. though ultimately I feel Carol should be winning this no contest. Seriously, how did The Academy not like this movie? Are they blind? Stupid? All of the above? 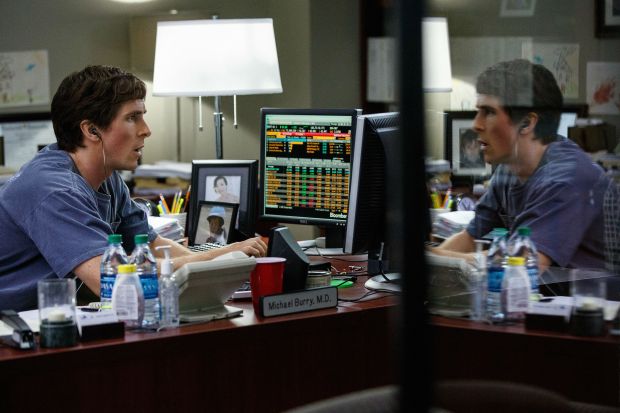 Who Will Win: Inside Out

Who Should Win: Inside Out

Who Will Win: Amy

Who Should Win: Amy

Who Will Win: The Hateful Eight

Who Could Win: Star Wars: The Force Awakens

Who Should Win: Sicario 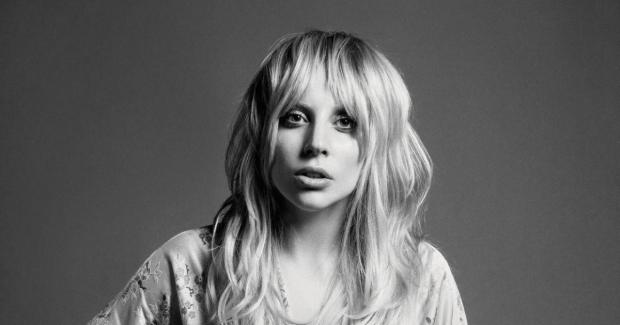 Who Will Win: The Hunting Ground

Who Could Win: Fifty Shades of Grey

Who Should Win: Youth

Who Should’ve Been Nominated: “Love Me Like You Do”

God… that Spectre song is so awful. I’m stunned it got over on such a huge smash like “Love Me Like You Do.” But I digress, I think Lady Gaga and Dianne Warren will win for “Till It Happens To You,” and while I don’t necessarily contest that undeniable win, I feel like there’s:

A.) A chance for an upset. “Earned It” was such a huge hit and The Weeknd had such a huge year last year.

B.) “Simple Song #3” is really the best of these nominees but has no shot in hell winning.

I’m okay giving Gaga and songwriting legend Dianne Warren their Oscars for such a powerful song.

Who Could Win: The Revenant

Who Should Win: Carol

While I think there’s a chance returning champ Emmanuel Lubezki could win for The  Revenant (truly the best part of the movie), I feel as if Mad Max: Fury Road has most, if not all, of these tech categories wrapped up nicely.

That being said, Carol is so beautiful and the cinematography does such a great job at conveying the story it’s almost criminal imagining it going to anyone else. Even a film as accomplished as Mad Max: Fury Road. I’m also a huge fan of Rodger Deakins’ work in Sicario. (This is my favorite category of the year)

Who Could Win: The Big Short

Who Should’ve Been Nominated: Carol