In case you haven’t heard, Sia has a new song and a new music video.

“The Greatest,” written by Sia and longtime collaborator/producer Greg Kurstin doesn’t stray too far from the typical Sia formula. It’s simple in its composition; “Running out of breath, but I/Oh I, I got stamina” and “Don’t give up, I won’t give up”repeat throughout the song, featuring Sia’s crackling, but powerfully emotive vocals. The uplifting and empowering lyrics are also pretty familiar territory; the hook sees the singer/songwriter insisting “I’m free to be the greatest, I’m alive.” Even the subtle, island-tinged influences alongside the massive pop beat recalls her most recent hit “Cheap Thrills. Even the music video features Maddie Ziegler (making this her fourth collaboration with Sia), with some specific shots and choreography recalling the singer’s past videos.

And yet, for all of its simplicity and familiarity, “The Greatest” is not only Sia’s best music video, but one of the best and most powerful of the year.

If there’s someone who knows her way around a hook, it’s Sia Furler. She’s famously written countless hits for other popular artists, the most famous being Rihanna. After spending most of her career behind the scenes, she’s only very recently had her coming out moment as one of the big pop stars. “Chandelier” was everywhere when it first came out, and  its now iconic music video became a viral sensation. “Cheap Thrills” not only gave Sia her first ever #1 single, but rescued us from being subjected to some truly awful Song of the Summer selections from the likes of Justin Timberlake and P!nk. “The Greatest” possesses the infectiousness of that song while retaining the explosive chorus of “Chandelier.” Again, it comes at a time of need; the truly dreadful Chainsmoker/Halsey collaboration just notched another week at #1 on the Hot 100, with a pair of mediocre Justin Bieber collaborations and a Twenty One Pilots song from Suicide Squad hot on its tail.

I’d be willing to welcome another hit for Sia based on that fact alone, but I haven’t even mentioned the visually arresting video, one that serves as a tribute to the victims of the Pulse Night Club shooting in Orlando.

The video begins with a cold open; a shot of a dozen lifeless looking bodies locked in a cage before cutting to a similar group of bodies laying in an abandoned hallway, and then a group of bodies huddled together, though still lifeless looking. Then, Maddie Ziegler, who appears to be crying before bringing her hands to her face, dragging them down to reveal paint; she is crying tears in the colors of the rainbow.

The camera moves to a shot of Ziegler shouting, motioning to the bodies as if to tell them to get up, although there is no sound. Something changes, and as the music begins to play the bodies rise; it’s not too long before Sia’s voice and the song build to a thundering crescendo, and the previously caged Ziegler and her fellow dancers are set free.

The abandoned building recalls the empty one Ziegler previously danced around in during the “Chandelier” music video, and some of the dance moves recall the ones performed in promotion of “Cheap Thrills.” Maybe that was a conscious choice, maybe not. What’s amazing about all of this is the fluidity of both the dancers and the camera despite such a cramped set. The spell cast by the arresting choreography and cinematography is brought to a startling halt in the video’s final moments, however, when Ziegler and the other 49 dancers drop to the floor revealing a wall covered in bullet holes. The deafening silence from the beginning of the video returns and our hearts stop as the camera moves tightly in on Ziegler’s face. It ends with the shots of the lifeless bodies from the beginning before cutting to a long take of our protagonist silently breaking down. As my laptop screen went black, I realized I was crying along with her.

Gay clubs have been a safe haven for the LGBT community for years, and this summer we were reminded of just how easily hate-filled people could taint those spaces with evil. This video captures all of that without ever hitting the viewer over the head, or feeling like its asking for your emotion. On the contrary, it earns it. The power lies in its utter simplicity and the silence; in the blink of an eye the dancers went from the pure embodiment of life to still and cold, juxtaposed with the bullet holes in the background it’s a bruising reminder of just how quickly a light can be put out.

“The Greatest” is one of the only music videos to really make me feel something in a long time (the only others this year were all from Beyoncé’s Lemonade). Sia and her co-director Daniel Askill have done a bang up job at reminding us of the power of the medium, the effectiveness of simplicity while delivering a haunting and heartbreaking reminder of the 49 victims who lost their lives for just being themselves. 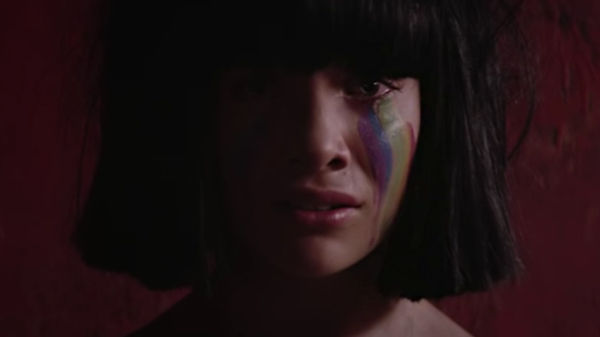