We have now entered Phase 2 of awards season: Oscar nominations have been announced, and now it’s about threading a narrative to create/build and/or maintain enough momentum to win an Oscar.

Last year, we saw the tide turn quickly against The Revenant, which came into Oscar night with a whopping 12 nominations and losing Best Picture to Spotlight and other technical awards to Mad Max: Fury Road. The same thing happened to American Hustle a few years ago; it scored 13 nominations and a ton of late breaking heat from the Golden Globes and Screen Actor’s Guild and won nothing on Oscar night. This year is obviously much different than those years, with La La Land being much more of an Oscar-friendly and consensus title than the other ones I mentioned.

Curiously enough, La La Land only managed nominations for Emma Stone and Ryan Gosling, and did not appear in the line up for Best Ensemble which is worth noting. It’s true that La La Land is a lot of just Stone and Gosling, but that hasn’t stopped SAG from nominating films with smaller ensembles before (remember Beasts of No Nation last year? It only had three actors cited). The Producer’s Guild also announces their winner this weekend, which La La Land will almost certainly win. But SAG represents the actors, which outnumber the producers that vote within the Academy which is why I think Moonlight can emerge as a big threat this weekend (but more on that later).

Let’s go through the categories.

Outstanding Performance by an Actor in a Leading Role:

It’s true that Affleck has won just about everything up until this point, including the Golden Globe which I assumed would go with the bigger name (Washington). It’s also true that Manchester By The Sea leads the SAG nominations with four (Affleck, Lucas Hedges, Michelle Williams and the ensemble) which is why I won’t be shocked if Affleck pulls this out. But I’m sticking with Washington, who has never won a SAG despite being a film legend. Besides, his performance stands head and shoulders above not just Affleck’s, but many of the people nominated in any of the categories.

Outstanding Performance by an Actress in a Leading Role: 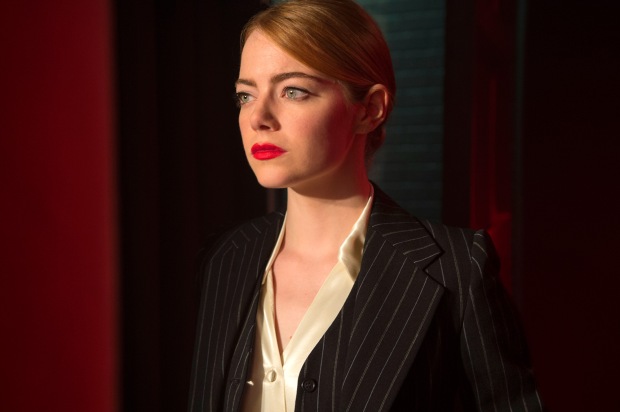 Stone has been a curious presence within the Best Actress race this year. Despite being pegged as the winner early on, she’s only won an acting prize from the Venice Film Festival and the Comedy or Musical Golden Globe. In every other race, she’s lost to either Isabelle Huppert or Natalie Portman. With Huppert out and only Portman present, I think this is where she begins her trek to the Oscar. Portman could still win, however. While Jackie is much more of a divisive film than La La Land, it presents an actor with the role of a lifetime, and I’m sure many voters will find themselves swept up in not just all the preparation that Portman has put in, but the fact she pulled it off in a way not many other actresses could only have dreamed of.

An interesting fact, however, is that SAG has never awarded the same lead actress twice; Portman would be the first after winning for Black Swan a few years ago. It’s true that rules are made to be broken, but I feel like more of them will check off Stone’s name instead, especially when you think that if Stone doesn’t win, La La Land would go home empty-handed.

Outstanding Performance by an Actor in a Supporting Role: 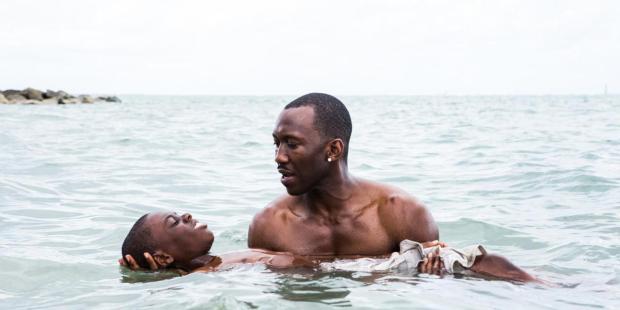 Ali’s loss at the Globes was weird, but totally a typical Globes-esque move when you examine their voting history. He has been the presumed frontrunner all season long, so I fully expect him to win his first televised award here and continue all the way to the Oscar.

Outstanding Performance by an Actress in a Supporting Role:

Davis has had this locked up for some time now. Easiest category to call.

Outstanding Performance by a Cast in a Motion Picture:

A case could be made for Manchester By The Sea to win seeing as it’s the leader, but both Fences and Moonlight are true and dynamic ensemble pieces so expect one or the other to win here. But I’m betting that Moonlight takes this, as it has taken many other ensemble awards this season, and if it can it will emerge as a serious contender in La La Land‘s path to a Best Picture win. The fact that the ensemble is so critical to Moonlight working as a film helps it also; there’s no one performance that feels that more dominant over the others. On the contrary, each performance feels carefully threaded into the film as a whole. That could give it an edge over something like Fences which yes contains some grandiose, excellent and deserving ensemble work, but is less symbiotic. But that grandiosity is also what could appeal to voters; it’s a more typical and awards friendly ensemble performance.

For the actors, who are the largest voting body within the Academy, to go out and give Moonlight their top prize would be a serious detriment to La La Land which wasn’t even nominated here. It’s true the ensemble prize in years’ past has gone to films like The Help, American Hustle and Inglorious Basterds which didn’t go on to win Best Picture at the Oscars. But more times than not, they pick the films that do go on to win Best Picture, like The King’s Speech, Argo and Spotlight last year. The Producer’s Guild picked The Big Short as their winner last year, so La La Land winning there doesn’t quite seal the deal. Plus, the producers are outnumbered by the actors in the Academy. If Moonlight wins, that’s big. But if Fences or anything else wins, La La Land‘s path could be that much clearer to dominating on Oscar night.