I feel like the undeniable momentum behind both The Shape of Water and Three Billboards has clouded the fact that this truly is a strange year. Up until the Golden Globes, it felt like Lady Bird, Get Out, Three Billboards and The Shape of Water were duking it out for frontrunner status. Of those four, only two seem like viable contenders for this prize when you look at stats: Three Billboards (three SAG wins including the coveted Best Ensemble prize and a pretty clean sweep of the BAFTA’s) and The Shape of Water (winner of the DGA and PGA awards, and the most nominated film of the night). Both Get Out and Lady Bird are the buzzier options, but have a chance of going home empty-handed on Sunday night. And then there’s Dunkirk, a film once thought to be a frontrunner but has been laying pretty low all season long, and may just benefit from the preferential balloting process The Academy uses during their voting.

Even with a gun to my head, I’m not sure I could confidently predict what’s going to win. My heart says Get Out, a film that has continued to capture the attention of audiences everywhere since it premiered last year. It’s a film that speaks to the moment in a way Three Billboards tries but ultimately fails to. But for every person on Twitter that I’ve seen saying Get Out is going to pull a Moonlight level surprise win this year, I’ve seen several anonymous Oscar voter ballots that praise the film before saying “It’s not all that.” The same has been true of Lady Bird.

Though The Shape of Water is a pretty formidable contender with its nomination count and PGA and DGA prizes, Three Billboards managed to win over the Screen Actors Guild, the BAFTA’s and even the People’s Choice at TIFF, which signaled its consensus appeal despite the backlash that followed its premiere in the States. For every new, younger and more diverse member of the Academy that has been invited, there are about 10 old, straight, white and cisgender men throwing down for Three Billboards. And I can’t shake that moment at the Golden Globes where Barbra Streisand smiled before announcing that the film had won Best Picture – Drama. Many voters think like Streisand, that Three Billboards is a film that accurately captures and speaks to the moment we’re all living in right now. And like those people, they also believe in looking past our differences and reaching across the aisle to reason with people like Sam Rockwell’s racist Officer Dixon.

That’s probably what is going to happen, but deep down I feel Three Billboards is more of a The Revenant, a divisive type of distraction than a beloved industry pick like Birdman. And while The Shape of Water makes more sense to some given its broad support from the crafts, I’m going to say Get Out breaks a bunch of Oscar rules and wins anyway. Fuck it!

Will Win: Get Out

Should Win: Call Me By Your Name, Get Out, Lady Bird, Phantom Thread or The Shape of Water would all make fabulous winners and I’d be happy if any of them pull an upset.

Should’ve Been Here: Battle of the Sexes, Girls Trip, Okja, Columbus, Atomic Blonde, Baby Driver… what a year for movies. 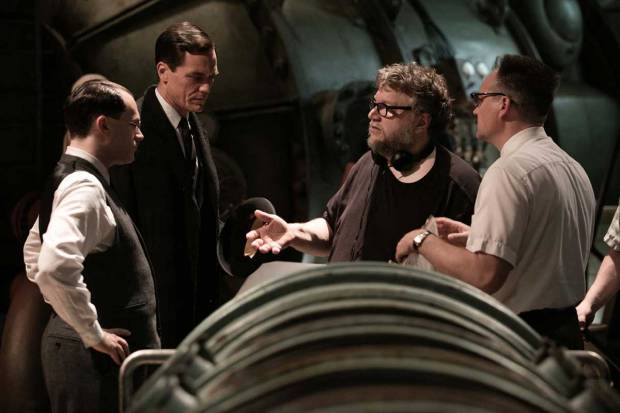 Could Win: Jordan Peele or Greta Gerwig feel like shockers that still seem sort of probable if voters don’t want one of them to go home empty handed

Should Win: del Toro deserves this, but I’d be pretty thrilled for any of these nominees. What an incredible field!

Should’ve Been Here: This is a flawless line up, but I wish Luca Guadagnino got more recognition this season for the monumental achievements of Call Me By Your Name.

Best Actor in a Leading Role:

Just give Gary Oldman his trophy so I never have to hear about how hard it was to wear makeup and we can put all further Churchill projects to rest.

Could Win: Timothée Chalamet… just kidding unfortunately no one is taking this from Oldman.

Should Win: Daniel Kaluuya tells entire stories with his eyes in Get Out. And obviously Timothée is a revelation.

Should’ve Been Here: John Cho is next level in Columbus.

Best Actress in a Leading Role:

Much like Oldman, McDormand has run the table on the televised awards. She’s a lock to win her second Oscar.

Could Win: If voters feel Lady Bird has to win something, Ronan could be their girl. Or if they feel completely swept up in their love for The Shape of Water they could find themselves on Team Sally Hawkins… oh who am I kidding this has been McDormand’s for a few months now.

Should Win: Saoirse Ronan gives another incredible performance in Lady Bird, and Sally Hawkins carries The Shape of Water without saying a word.

Should’ve Been Here: Regina Hall gave one of the subtle performances of the year in Girl’s Trip, and lest we forget about Daniela Vega’s landmark performance in A Fantastic Woman. Emma Stone delivered a performance in Battle of the Sexes that eclipsed her Oscar winning work in La La Land. 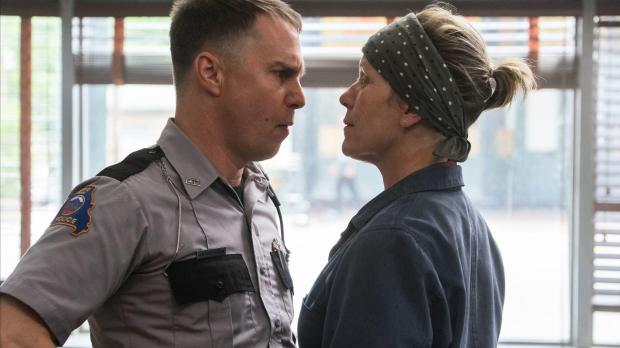 Could Win: Willem Dafoe started the season out as the one to beat, and quickly lost his spot to Rockwell. It’s not likely, but maybe?

Should Win: It’s a crime that Richard Jenkins has not won a single award. He’s the unsung hero of The Shape of Water.

Should’ve Been Here: HOW did Michael Stuhlbarg not win ANYTHING for his soul-crushing Call Me Ny Your Name monologue?! 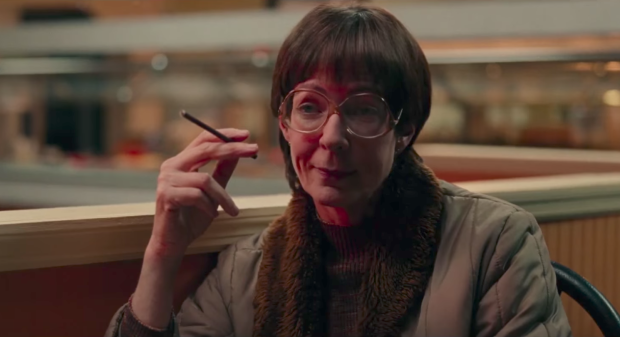 Allison Janney will win an Oscar for a lesser retread of her brilliant Drop Dead Gorgeous performance.

Could Win: My heart is holding out for a Metcalf surprise… otherwise, I fear Lady Bird will go home empty handed.

Should’ve Been Here: Hong Chau and Tiffany Haddish delivered two of the year’s best performances. Chau got much closer than Haddish did at a nomination, but both cruelly missed out in the end.

Listen up people, IT’S ROGER DEAKINS’ TIME. The man has accumulated 14 nominations and has NEVER won. His work in Blade Runner 2049 is some of his best ever, so voters would be killing two birds with one stone: honoring a legend and honoring some of the most stunning work of the year.

Could Win: Watch out for Hoyte van Hoytema, who does some truly incredible work on Dunkirk and first time nominee Rachel Morrison, who is the first woman nominated in this category ever. Talk about a narrative, not to mention her work on Mudbound is gorgeous. Voters may have also seen her work in Black Panther over the last couple of weeks. She’s one to watch.

Should’ve Been Here: Sayombhu Mukdeeprom’s work in Call Me By Your Name was overlooked in favor of… whatever Bruno Delbonnel was shooting in Darkest Hour??? And last year’s winner Linus Sandgren did exceptional work in Battle of the Sexes. 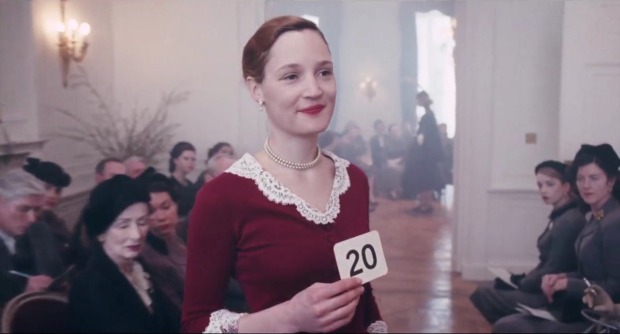 I don’t want to live in a world where Phantom Thread loses this. I just don’t.

Could Win: Watch out for The Shape of Water in all of the below the line categories.

There is (curiously) a LOT of love for the editing in I, Tonya. I know a lot of people are predicting Dunkirk or Baby Driver, but after its win with the American Cinema Editors and the Indie Spirits last night, I have a feeling…

Should Win: Lee Smith, no contest.

Should’ve Been Here: One day, someone will have to explain to me how Get Out was left out of this category.

Though The Square won the Palm d’Ore at Cannes last year and is the buzzier pick, the conversation seems to be leaning towards A Fantastic Woman.

Will Win: A Fantastic Woman

Could Win: The Square 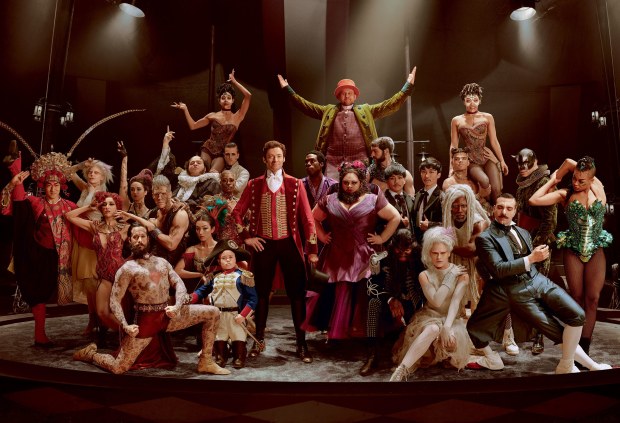 Could Win: “Remember Me”

Should Win: “Mystery of Love” or “Remember Me”

Should’ve Been Here: “Visions of Gideon,” Call Me By Your Name and “If I Dare,” Battle of the Sexes

Should’ve Been Here: I wasn’t very high on mother! but the production design on that film is next level.

Could Win: Could you imagine if Aaron Sorkin upsets here? (I kind of can)

Besides Best Picture, this is the most competitive category of the night. McDonagh has the Globe + BAFTA, Peele has the Critic’s Choice and WGA. Normally, Peele would be an easy call for a winner, but McDonagh’s script was ruled ineligible by the Writer’s Guild, which presumably cleared a path for Peele to win. But are people that jazzed about the McDonagh’s screenplay? A win could be a mea culpa of sorts for his “omission” in Best Director. But on the other hand, Peele is the man of the moment… it’s gotta be Get Out.

Should Win: Lady Bird is filled with perfect little moments that deserved to be rewarded here if it’s not going to win anywhere else.

Should’ve Been Here: Get Out

Should’ve Been Here: Get Out